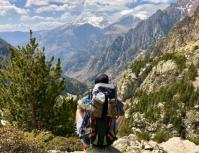 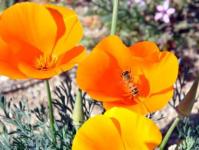 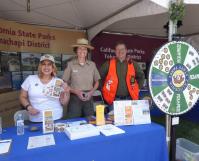 Beginning as “PRIA” in 1982, the Poppy Reserve Interpretive Association was formed by Antelope Valley residents to fund interpretive projects for the fledgling park. The group began public contact in an empty structure at the park, setting up a small sales counter to sell postcards and posters to raise funds.

Eventually, it became clear that other parks in the Mojave Sector needed financial interpretive assistance as well. Four state parks were added under their umbrella, and “/Mojave Desert” was added to the name creating “PR/MDIA” in 1994.

Since their formation, the association has raised thousands of dollars and donated thousands of hours to benefit the department and visiting public at our local state parks.