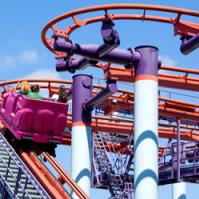 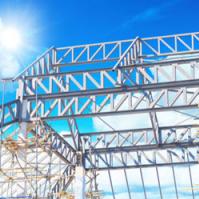 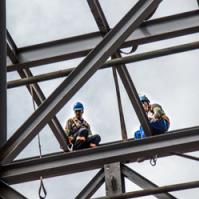 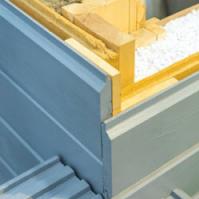 Valley Iron Fabricators-Erectors, Inc. specializes in the fabrication and installation of structural and miscellaneous steel. Since 1981, our experience has covered jobs ranging from the open pit mines of US Borax to the wild and exotic rides of the amusement park industry.

The Discovery Channel series Mega Builders has created a documentary "Roller Coaster". This Television series documents large construction projects around the world. Roller Coaster is about the construction of Tatsu the Flying Dragon at Six Flags Magic Mountain.

Valley Iron Fabricators-Erectors, Inc. has worked on some of the world's best coasters including these record-breaking coasters as listed in the Guinness Book of World Records:

At Six Flags Magic Mountain in California, Superman riders are shot from 0 to 100 mph in seven seconds and taken up to a height of 415 ft. in 15 seater gondolas before they reach the record-breaking speed once more on the backward descent.

The Viper roller coaster at Six Flags Magic Mountain in California has a 188-ft drop. The ride turns upside down seven times at a speed of 70mph. It has three loops and a 40-ft. corkscrew.

Superman the Escape, a steel roller coaster installed at Six Flags Magic Mountain in California, launches its 15-seater gondolas to a height of 415 ft. before they fall back along the tracks at 100mph. Riders experience a record 6.5 seconds of "airtime" or negative G-force.

The Riddler's Revenge at Six Flags Magic Mountain in California is 156 ft. tall and has a top speed of 65mph- the highest of any roller coaster in which the riders stand up. It has six inversions (where the rider turns upside down), including the a360-degree vertical loop with a record height of 124 ft.